Most Aussies have “Driving across Australia” on their bucket list. I’m not a bucket list kind of girl, but when the opportunity arose late last year, during a work stint in Sydney, to drive home to Perth with one of my best friends — saying no didn’t even enter my mind.

We planned very little, other than the what and how. Which is both Caleb & my favourite way of doing things. We packed for 2 weeks on the road and set off, free to let the hot desert winds blow us in almost any direction.

A friend of mine had suggested the Oodnadatta Track, as a must-do 4WD route. It consists of 617 km (383 mi) unsealed outback road between Marree and Marla via Oodnadatta in South Australia. It was the original route of the Old Ghan railway with interesting remnants of the many railway sidings and bridges and railway building ruins located along the way. We felt like we had stepped back in time. Water and fuel are scarce and road signs will warn you to bring TWO spare tyres, just in case.

We didn’t travel the full length of the track, only covering the 100kms from the Roxby Downs turn-off, to William Creek. Along the way, the track passes the southern lake of Kati Thanda-Lake Eyre where we stopped and trudged an inflatable whale across the muddy salt in 50 degrees celsius. It took us almost an hour until “we couldn’t see any more footprints” and took a bunch of really fun photos.

We spent a night at Coward Springs campground, where there is a cute little spring-fed hot tub. The grounds are well maintained and we enjoyed a hammock nap, and the beautifully eerie vibe created by the wind whistling through the massive Athel pines overhead.

Our next stop after this was William Creek, as we had a punctured tyre that needed tending to. William Creek is most famous for its historical hotel (circa 1935) which became our hangout for the next 3 days, mainly because the feel-good vibes of the place & the endearing characters we met were irresistible & difficult to leave. The creek has a whopping permanent population of 6, plus a nomadic dingo named Bert. 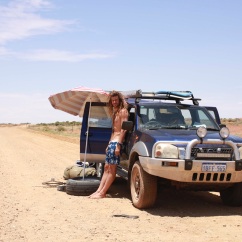 Meet Trevor Wright: Mayor, Publican, Pilot & everything-Mechanic. Trevor is a likeable entrepreneur with an undeniable energy. The girls behind the bar had told him about my love for all things aviation, and he promptly directed me to help myself and check out his “toys” on our way back to Breakfast Creek, which was where we had decided to set up camp. I was like a kid in a candy store in his pristine, well stocked hangar. During our stay Trevor made us potent experimental alcoholic milkshakes (he doesn’t drink due to his pacemaker) & convinced us, with minimal effort, to take flight with him the following morning. We flew over Lake Eyre & the Painted Hills. My grin did not waver the entire time. 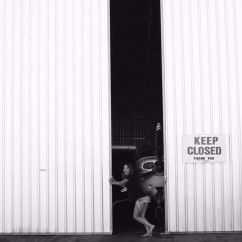 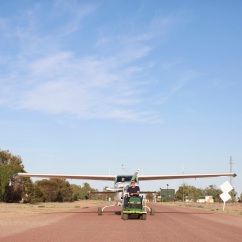 Meet Rose & Roxy: Rose is one of the permanent residents of William Creek but is a true wandering spirit. She has spent a lifetime living in different places all over Australia, with her longest stretch being Adelaide when her son was born. It seems William Creek has managed to capture her for a while though (3 years, so far) and we were so happy to have been able to meet and celebrate her birthday with her whilst we were there. Roxy was a sweet, little blind silky terrier that used to fly with one of Wrightsair’s pilots Talia. Talia left William Creek to pursue her aviation career and Roxy girl remained with Rose. They were inseparable. Roxy passed away shortly after we met her ❤

Meet Tania: A sparkling New Zealander who made me giggle so hard I almost pee’d myself. She has ended up at William Creek, after 12 years of traveling. Tania runs the kitchen as Chef and Manager and I recommend having a meal & beer at the hotel, if you ever make your way there.

William Creek was our stand out spot, whilst crossing Oz. The people made the place & they were truly unforgettable.